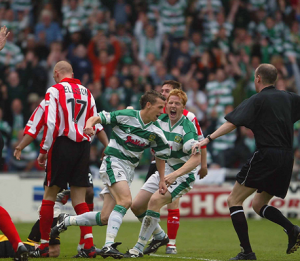 Yeovil Town fell agonisingly short of the Playoffs in their first ever season in the Football League despite a last day win over Lincoln City by three goals to two.

An 8th place finish was confirmed as, despite beating Lincoln in 7th, other results failed to go the Glovers’ way, finishing outside of the top seven, on goal difference alone.

Yeovil finished 13 goals to the good, but Lincoln, who also finished on 74 points had a goal difference of +21.

On the day, it was Adam Stansfield who came off the bench to give the away side the lead, Jake Edwards would double that lead only to see the Imps peg the Glovers back to 2-2.

But Super Gavin Williams found a winner, which secured the points, but not the 7th place finish Gary Johnson was hoping for.