Skip to content
LATEST
Little is playing through the pain
Quigley signs for Chesterfield, Priestnall blames falling gates
Sarll: I know less than anyone about takeover talks
Sonny stays until the end of the season
Matchday Preview: Wrexham (home)
Gloversblog – The show must go on
Gloverscast #137 – “I was part of a barbershop quartet”
Under 18s progress in College Cup
Throwback Thursday No. 19 – Trophy Hero Adam Stansfield Returns to Huish Park (2009/10)

Yeovil Town have been handed a home draw against Woking in the Third Round of the FA Trophy.

The draw was made at 1pm on Monday and all ties will be played the weekend of the 18th of December. 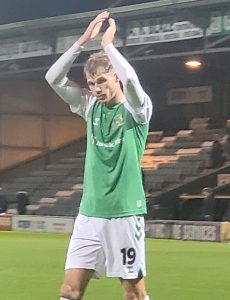 The two sides met earlier this season at Huish Park, the Glovers winning 2-0 thanks to goals from Tom Knowles and Charlie Wakefield.

Last season Yeovil forfeited their FA Trophy tie against Boreham Wood after a COVID break meant the game couldn’t be rescheduled within the appropriate time frame.

Should the Glovers be successful in this third round tie they will receive £4500 in prize money, whilst teams exiting the competition at this stage will take home just £1250.

A reminder that no ties in this season’s competitions will be subject to a replay if ending in a draw and as such the game will be decided on the day.

Ticket [and if applicable travel] details will be announced in due course.

Sarll: I know less than anyone about takeover talks

Sonny stays until the end of the season

Gloversblog – The show must go on

Gloverscast #137 – “I was part of a barbershop quartet”