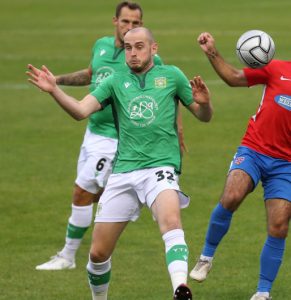 Yeovil Town midfielder Josh Staunton spoke candidly about his topsy turvy time at Huish Park when appearing on the latest Gloverscast, despite chatting about how ankle and knee injuries nearly ended his career let alone his season, the former Halifax Town man was still positive and upbeat about the Glovers chances this season as well as his own personal ambitions.

“We were all massively disappointed with last season and it is now time to put it right.”

“We have fresh group of players and at times, especially after seasons like we had last year, you need a refresh, you need new characters around the dressing room who have no association with the club.”

Staunton managed just a handful of games in his first season with the club, but having played plenty of football at National League level remains one of the more experienced members of the side, something which he believes he can use to his advantage following the the departure of Charlie Lee, Carl Dickinson and Jimmy Smith

“They (Dickinson, Lee, Smith) are huge characters to replace and they embedded something in the club and it’s now time for other players to step up, fill those boots and be those senior voices.

“Even when I was 20, I was a leader in terms of what I did on the pitch and off it and I think it is a character trait you have.”

Whilst the Captains armband has been worn by new signing Mark Little for the first couple of preseason fixtures, a role Staunton admits he’d like, but wouldn’t define his performances. 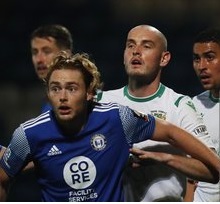 “I would love to be captain one day, the way pre-season has gone Litts (Mark Little) will be captain, he is an unbelievable character and a great character in the dressing room, It would be a huge honour to be captain of Yeovil, but I will do exactly the same in the way I play whether I am wearing an armband or not.”

Whether skipper or not, Staunton has joined a number of other squad members in outlining their ambitions to get Yeovil out of the National League and back where it belongs, in the Football League.

“If we went in to the season and we were not saying (we can get promoted), a club of this stature should be worried…A few of the more senior boys have set ourselves targets and our targets are clear, we have not come here to be part of this league for a long time.”

Follow us
2021-08-02
Previous Post: Gloverscast #91 – “If you have a good dressing room, that is irreplaceable”
Next Post: Taunton Town launch raffle in memory of Lee Collins
0 0 votes
Article Rating