Staunton given a 20% chance of playing after injury last season 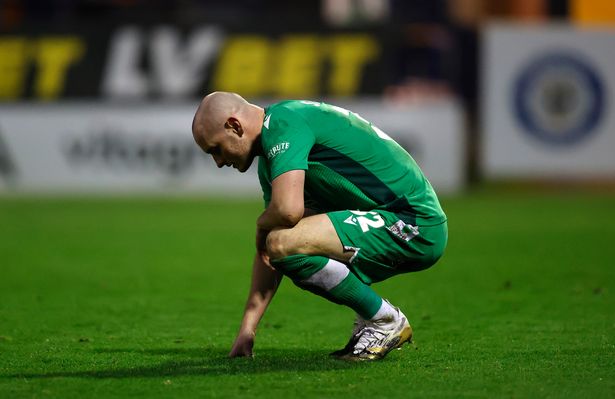 Josh Staunton has revealed that one specialist only gave him a 20% chance of playing again after a knee injury which kept him out for most of last season.

The Yeovil Town midfielder spoke to the Gloverscast in a podcast which will be available on Monday about the injury which ended his season after just seven matches last year.

He recalled how during the FA Cup defeat at Stockport County last November he suffered an injury where he felt like his knee “exploded” and could not move it when he got back on the bus.

But, he played in the home game with Eastleigh just two days later “loaded up with painkillers” with the Glovers suffering an injury crisis at the time.

The 25-year-old recalled: “I was as good as useless, I had half a leg to stand on and every time I got the ball I felt uncomfortable.

“In hindsight, I never should have played but I thought I could get through for the benefit of the team and went for a scan and it was about as bad as it could be.

“There was a period of time where specialists were saying I would never play again. One specialist gave me a 20% chance of running properly again, so there was a time where I thought that was me done.

“Then I saw a different specialist and there was a bit more optimism and that triggered something inside me and I thought to myself ‘this is a chance to come back better’ and I had something to push towards.”

In a new episode of the Gloverscast due out now, Josh spoke to Ben Barrett about the tragic loss of club captain Lee Collins, the frustrations of the disappointing National League campaign last season and his hopes for the coming campaign.