If the excitement of the Semi-Final comeback against Sheffield United wasn’t enough to tip you  over the edge of footballing emotion, there’s a fair chance, what can only be described as 90 minutes of HELL would have done the trick.

Coming into the final, there were fears, much like in 2007, that the final might be one step too far following a rollercoaster route to the the Wembley show piece. 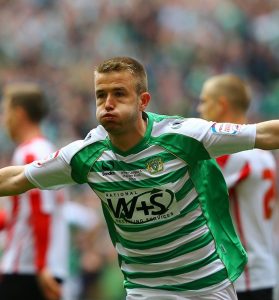 Yeovil got off to the best possible start – and who else could it be, but Paddy Madden?

The ball fell kindly to the Irishman and with the outside of the right boot, he found the top corner.

I’m convinced that this is the perfect time to bring out the old cliche, but if Messi or Ronaldo had scored that goal in a big final, they’d replay it forever, it’s that good of a finish.

The horrible truth is, that throughout this game – Yeovil were on the backfoot – defending stoutly throughout, there’s a reason Marek Stech got Man Of The Match,

You, me, any of the near 20,000 Glovers in the stadium would have taken a 1-0 lead into half time, but it would actually get better. 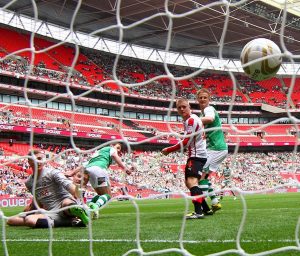 Dan Burn with a header, probably intended to just give something for someone else to latch onto made it through everyone, including a wild swoosh from James Hayter, to go in, clearly in – miles over the line.

I was so  nervous, this wasn’t meant to happen, Yeovil weren’t meant to make it to the Championship – Brentford were one penalty kick away from making it automatically, of course they’d win the play offs.

Probably the only moment of defensive sloppiness came when Dean skipped past his marker and headed home to half the deficit.

The Bees continued to huff, to puff and to force save after save from Marek Stech.

As time went by, the nerves barely held on. 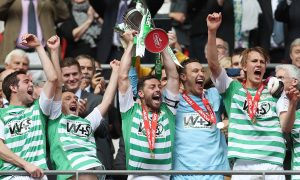 There are many elements of that day never to be forgotten aside from the headlines created, by Madde, Burn and Stech; Jamie McAlister broke his nose, Gavin Williams got booked as a sub, cameo roles for Matty Dolan and Vitaljs Maksimenko too.

But, after taking 108 years to get to the Football League, it took just ten to reach the second tier, whatever happened after is for another story, on another day.

But this was magical. – My words won’t do it justice, very few ever will, but they can never take away the time OUR club won at Wembley.