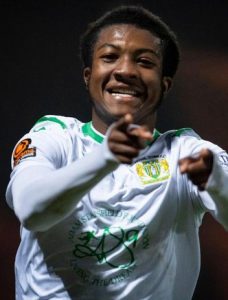 Neufville is recovering after surgery following a broken ankle in his final appearance for the Glovers but has been offered new terms to remain at Kenilworth Road.

Also announced was that the Hatters will trigger an option on Gabriel Osho who has spent time on loan at both Yeovil and Rochdale, finally, we rewind the clock to the 2006/07 season to remember Martin Cranie.

A versatile defender who was actually born in Yeovil joined the Glovers on loan from Southampton – he too has been offered a new deal by Nathan Jones.

Congratulations to the trio of former Glovers on getting their offers.