Knowles in National League Team Of The Day

Yeovil Town midfielder Tom Knowles has been given a place in the Non-League Paper’s team of the day following his goal against Wealdstone on Saturday. 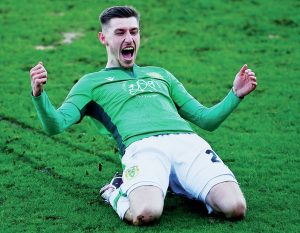 The Glovers recorded a 2-0 win against the strugglers with Knowles scoring the opener in the first half. Joe Quigley doubled the lead with his 11th goal of the season on 23 minutes.

Other notable inclusions include former Glovers striker Paddy Madden after the Irishman scored the only goal in Stockport’s win over Halifax as well as the Halifax ‘keeper Sam Johnson who Yeovil will come up against on Bank Holiday Monday.

The Fulll National League Paper Team of the Week