Gloversblog: Our next manager – the contenders

Since Yeovil Town chairman Scott Priestnall announced three weeks ago that he had received “40 or 50 applications” for the vacant manager’s job at Huish Park, the rumour mill has been spinning over the identity of the new boss.

The unceremonious exit of caretaker boss Charlie Lee – who was confirmed as having left with immediate effect on Friday afternoon – was accompanied with confirmation that an appointment will be announced next week.

With only a couple of days left for wild speculation, Coatesie takes a look at some of the names in the frame, make sure you read until the end and cast your vote on which of this contenders you’d most like to see.

The former Torquay United manager’s name has been doing the rounds on the Huish Park rumour mill for the past few weeks.

His last job was as Academy Manager at League Two (soon to be League One) side Bristol Rovers which he quit in February after 18 months in the role, having been involved in coaching in the youth set-up at The Memorial Ground since summer 2019. 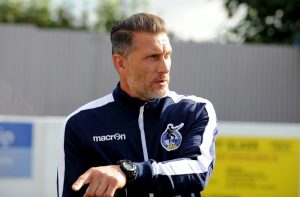 During that time he oversaw the development of a number of players who progressed on to the club’s first-team including  Kyrie Pierre and Brad Burrows, who both signed for Aston Villa last year, and Luca Hoole and Jed Ward.

His last (and only) managerial experience came at Torquay United, the club he represented as a player more than 100 times, where he took over in January 2014 with the club in serious risk of relegation out of the Football League.

Hargreaves was unable to stop the rot and the Gulls were relegated that summer and he was placed on gardening leave after rejecting a pay cut and eventually left.

More recently, he is a familiar face with National League supporters as a matchday summariser with BT Sport which you assume would give him some understanding of the division, at least.

A name who needs little introduction to Yeovil Town fans as the only Glovers’ captain to lift silverware for the club at Wembley Stadium when he captained the 2013 play-off winning side.

It is believed that McAllister has been interviewed for the job in recent weeks, putting his name in the frame.

Most recently, the former left-back was assistant to another Yeovil favourite, Lee Johnson, at Sunderland and left the Black Cats when the pair were sacked at the end of January.

Earlier this year, McAllister told the Gloverscast that he had considered the manager’s job at National League South side Gloucester City before moving to Wearside and when asked whether he was a future Yeovil manager, he replied: “No comment.” He was still employed at the Stadium of Light back then though – you can listen again – here.

McAllister would be a favourite with Huish Park supporters who fondly remember his two seasons as a player.

A bit of a curveball as someone with no connection to the club or even the South West, Jolley’s managerial outing saw him last just seven matches at League Two Barrow.

The former Cambridge University graduate, who has no professional playing record to speak of, spent around two months in charge in Cumbria before exiting with the Bluebirds’ chairman saying they had “differing visions for how the team should play.”

Prior to that he was in charge at Grimsby Town, then a League club, between March 2018 and November 2019, securing the club’s position in the League upon his arrival and then enjoying a moderately successful campaign in 2018-19.

Despite a strong start to the next campaign, he departed within three months by mutual consent and it was later revealed he had an “expletive laden” exchange with a BBC reporter over negative coverage of the Mariners. Something to keep in mind….. 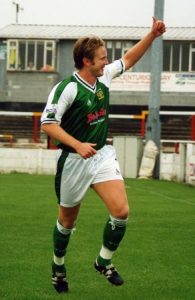 A bit of an outsider, however, following his departure from a first-team coaching role at League One Charlton Athletic, the Glovers’ legend has to be one for discussion.

Skivo’s two decades-long association with Yeovil came to an end back in January when he quit to take up a role in the Addicks’ coaching staff alongside Johnnie Jackson, but departed just over a week ago following the sacking of Jackson.

Speaking following his exit, the former captain, manager, and assistant manager said: “ I need to move on with my career, I have got all my qualifications – my B, A and my Pro Licence – and with all of those things, I really want to give this a crack and it’s time to move away from Yeovil.”

Given that, you would expect that a return seems unlikely, but chairman Scott Priestnall has said he is still in touch with “Tel” and spoke to him about appointing Charlie Lee as interim manager – so stranger things have happened.

Skiverton is certain to be back at Huish Park this weekend, albeit lining up for the Yeovil Town Legends against a South West Legends XI in the charity match in aid of the Adam Stansfield Foundation.

A former Glovers’ goalkeeper who turned out for the club more than 200 times in a six-year period left Championship side Hull City after eight years in the coaching set-up last weekend.

Speaking on his departure he revealed he wanted to “try and become a manager myself” having been part of the Tigers’ coaching set up which won their first title in more than half-a-century when they were promoted back to the second tier last season.

The Welshman was well respected in East Yorkshire having initially joined as academy manager in February 2014 before being promoted to the senior set-up in November 2016.

He had a short spell in charge at Welsh Premier League side Aberystwyth Town after Marco Silva was appointed at Hull in April 2017, only to leave and return to Humberside two months later when Silva departed.

Prior to that he had been a coach of the Wales semi-professional side and at Swansea City, but is best remembered for his time between the posts at Huish Park between 1995 and 2001.

He was part of Graham Roberts’ side which won promotion in to the Conference in 1997, and left to join Rushden & Diamonds after they beat the Glovers’ to promotion to the League.

The only member of this list of ‘maybe’ men who is actually currently employed by a football team.

Gill is under contract with National League South side and defeated Somerset Premier Cup finalists Bath City (sorry, Jerry!) until next summer and therefore it would presumably cost money to release him – which naturally makes him an outsider.

Yet another former Yeovil player, he was a flying full-back in the team which won promotion back to the Conference in 1997 before joining on to join Birmingham City, he was rumoured to be in the running for the job when Darren Sarll took the job in the summer of 2019.

His managerial record saw him have a 44-day spell in charge of then-Conference South bottom club W*ymouth only to quit the cash-strapped seagull botherers before having roles in the Bristol Rovers youth team and then in the academy at Kidderminster Harriers.

Having spent two years he departed for a role in the youth set ups at first Norwich City and then Wolverhampton Wanderers, where he was Under-18s head coach. Having left Molineux in March 2017, he took up the first-team job at another of his former clubs, Bath City, in October of that year.

He extended his contract at Twerton Park by signing a two-year deal last summer having guided them to the play-off finals last season.

This year, the Romans had a disappointing campaign finishing fourth from bottom of the National League South.

So there’s some of the runners and riders, but who would you like to see next in the Huish Park hot-seat? Vote for your favourite……