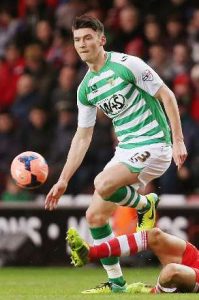 As Euro 2020 edges ever closer, international managers are picking their squad and Wales Manager Robert Page has picked plenty of former Yeovil Town players in his travelling party for a training camp in Portugal.

Wayne Hennessey (Crystal Palace), Kieffer Moore (Cardiff), Tom Lawrence (Derby)and George Thomas (QPR) are all involved, whilst the official statement also notes that two other ex-YTFC Players are going to be considered once their domestic Play-Off campaigns have concluded; Connor Roberts (Swansea) and Josh Sheehan  have a date with Wembley to get through first.

Best of luck to all the Ex-Yeovil Town players on their hunt for squad places at the Euros.