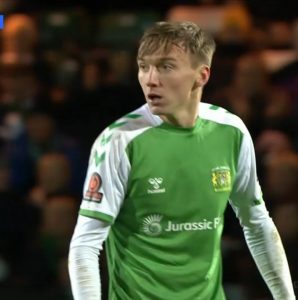 On loan Millwall defender Dan Moss will be absent for the January 2nd game against Torquay United after getting his 5th yellow of the season on Boxing Day.

As expected, the FA’s Club Discipline site has been updated to show the full back’s upcoming spell on the sidelines.

He’d already been booked against; Wrexham, Bromley, Eastleigh and Solihull.

“Mossy is always going to get five bookings in his season, he tackles more than anyone, that’s a tackle, that’s what he does, that’s why we play him, because he puts in those tackles.”

“That’s part of the season of having Dan Moss, the other stuff, the two sendings off, if they are for what I think they are, we will deal with that internally.”

The full back will be available for the FA Cup tie against Bournemouth the following Saturday.