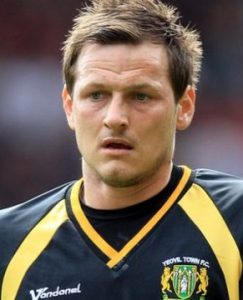 Bircham arrived in Ireland on Thursday and will undertake a period of self isolation before joining his new side.

The Canadian international joined the Glovers in 2007, and played a little over a dozen times before ankle injuries ended his career in 2009.

Bircham has spent time coaching in America as well as taking on the QPR job in a caretaker capacity and had been on the coaching staff at Millwall.