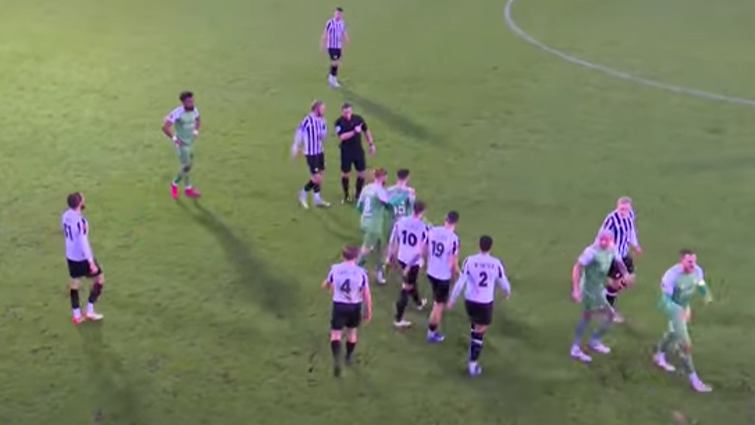 Does anyone have a clue what day it is?

It’s actually bin day today, so that’s good. Apologies to SSDC for all of the Paw Patrol packaging and bottles of Sheppy’s (we could still do with some sponsorship if anyone from Sheppy’s is reading – your cider is stupendous!)

Who’s watched the Torquay highlights? I’d imagine none of those who went. It was disappointing to see Sonny react to some classic shithousery, hopefully he’ll learn from it and won’t get caught up in anything again. We’ve done a reasonable job of avoiding getting into trouble for silliness so far this season (Yussuf’s Boreham Wood brain fart aside) but with Sonny’s dismissal, Dan Moss’s 5th yellow and Grant Smith’s red after the final whistle, we’ve really shot ourselves in the foot. We’re always going to pick up cards, we’re into season three of Darren Sarll’s management and it’s been a constant, but if we can pick them up for tackles rather than dissent or head loss going forward, it’ll be easier to stomach.

In the aftermath of our Boxing Day loss at Plainmoor, Torquay United issued a statement regarding abhorrent chanting that some of their “so-called supporters” took part in during the match regarding our tragic captain Lee Collins. A video was circulated on Twitter from the Weymouth end during the FA Cup match at Huish Park where you could hear shouts of a similar ilk.

It’s a stark reminder of the work that still needs to be done on the terraces. Whether it’s racism, sexism or any other discriminatory behaviour, there are channels to report it and people should feel able to do so. We should be (and are being) careful not to throw stones, as there have been occasions this season where our supporters have acted like idiots, although not in such a distasteful manner. I’m not sure what the answer is, and I know most self-respecting humans would never partake in such hatred dressed up as banter.

We’ve been through a lot as a club over the last 12 months, there’s no excuse for such bile on any terrace, social media platform or anywhere for that matter – especially Yeovil Town Football Club. Let’s be better.

Sheridan and Coatesie have shared their thoughts on our goalkeeping situation in the absence of Grant Smith. Have a read and let us know your views. For what it’s worth, I’m actually on the fence. Max Evans is around the club and his fellow teammates, it’s only two games, give him the chance. That said, I wouldn’t turn down my nose at an experienced EFL keeper for a month’s loan if the circumstances were right. Luckily, it’s not up to me.

After a week off, we’re actually recording a podcast tonight. If you have any questions you’d like answered you know what to do.