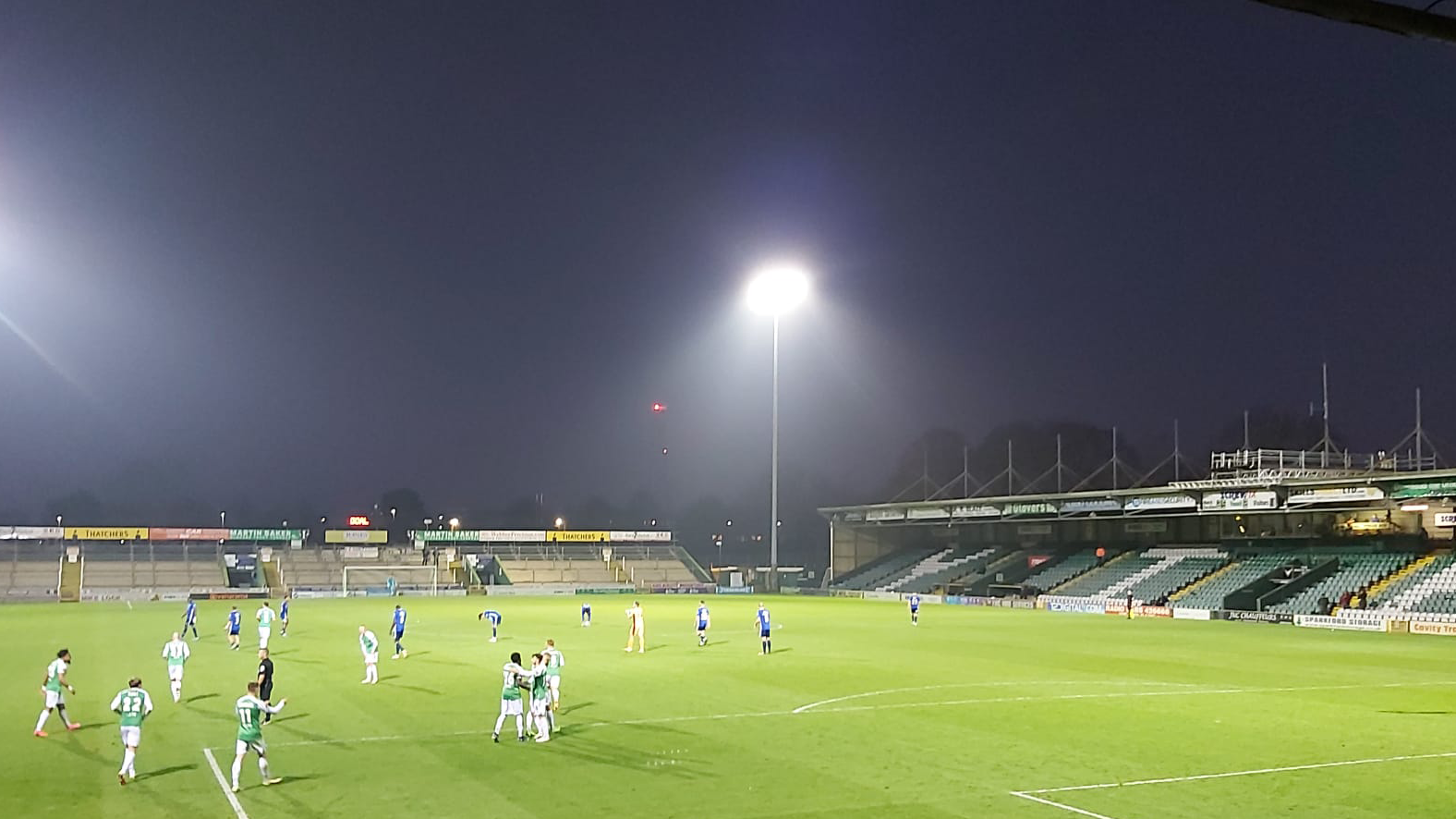 It’s a weird feeling this isn’t it? Unbeaten in 12 (the Somerset Premier Cup counts dammit!) and confidence is running through these players. You have to go back to 2012/13 under Gary Johnson to remember a spell where we exuded such swagger on the pitch which was felt in the stands. The dark days of October are well and truly forgotten and it’s actually quite nice going to Huish Park at the moment – quagmire behind the Thatchers aside.

In my Five Conclusions yesterday, I wrote that Adi Yussuf changed the game when he arrived. He did, but those conclusions were written before undertaking Gloverscast Rule #2 (sleep on it) and it’s fair to say all three of the subs made a difference. Critics will say Sarll got his selection wrong, but he had to give time to Reuben Reid, Alex Bradley and Max Evans. With the little depth we have at our disposal, they deserved a chance. In the case of Reid and Bradley, those two need to get some proper match fitness as we need to take advantage of the limited bodies we have.

Yussuf made the most obvious impact with his two goals, but Josh Staunton was calmness personified (as always) when he was introduced. When we lost Luke Wilkinson against Chesterfield we fell apart but that fear of a team without Wilkinson wasn’t there on Saturday. If and when Luke Wilkinson feels his time at Yeovil Town is up, we have a ready-made leader to take the armband. I think we can all agree that we need this lot all signed up as soon as possible though.

Jaheim Headley enjoyed a strong start to his loan spell in green and white, but it wasn’t until we brought on Jordan Barnett that we saw the best of Headley. Headley’s cross for Yussuf’s first was inviting but the decoy run of Barnett allowed him the time and space to deliver. The on-pitch chemistry he and Barnett seem to have already is surprising given he only trained with the Glovers on Friday.

Today we’ll see the FA Trophy 4th Round draw take place. It’d be good to get a draw against a lower level team, just to keep things interesting more than anything. But with fixtures scheduled for January and with cases of covid rising, it feels like most fixtures the other side of Christmas will be in jeopardy.

At the top of the game, the Premier League are talking about having a round of fixtures off between the 28th and 30th of December. These are clubs with multi million (and some billion) pound assembled squads who have ridiculous depth and talent at their disposal. It’s hard to feel sorry for them when we’ve had four on the bench this season, including Ollie Haste and a keeper. Clubs in our position, especially with our off-field situation, don’t have the luxury of being able to take a game off. If our fixtures against Weymouth and Torquay, which should be box office, are postponed, that’s a massive hole in the finances of the club. Let’s hope we, and our opponents do the right thing and we get to enjoy some festive football.

Have a good Monday and try and hold onto this weird winning feeling!