Ed Upson Day will live long in the memory for all Glovers fans.

Yeovil Town, under Gary Johnson, pulled off a miracle by getting promoted out of League One and into the Championship for the first time ever in 2013.

The Play Off campaign saw the Glovers face off against Sheffield United and despite losing 1-0 in the first leg, the story that unfolded on the Bank Holiday Monday of May 2013 will go down in EFL folklore, as Yeovil, once again, came back in the second leg to book their place at Wembley, 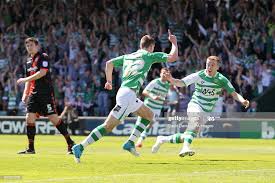 Goals from Kevin Dawson in the 6th minute and famously Ed Upson just before full time took the Glovers to the League One show piece for the second time.

The match itself ebbed and flowed, United hit the bar in the first half whilst Paddy Madden missed a glorious opportunity in the second.

Many a tale has been told of this magical day, with over 8000 in the ground and plenty more watching on TV,

“This means everything to the club. I can’t explain what I’m feeling. It’s the best feeling I’ve ever had in my life, unreal. 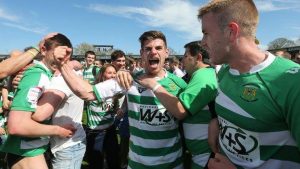 “We’re now 90 minutes away from the Championship and that’s where we want to be. I’ve never been to Wembley, so I can’t wait.”

Whilst Gary Johnson told Sky Sports; “It’s very special for our club, our town, our players… we’re a little old club in Yeovil and we’ve got ourselves to Wembley, one game away from the Championship.”

Supporters invaded the pitch after the full time whistle with celebrations from all sides of Huish Park still available to watch on You Tube to take us back to arguably Huish Park’s greatest day.

The highlights are below, take six minutes to celebrate the 8th Ed Upson Day celebrations