In the summer of 2001, Yeovil were searching for a new manager following the resignation of Colin Addison, and if reports were to be believed, Chairman John Fry had a couple of very well known faces lined up for a spot in the Huish Park dug out.

Local media had been reporting that both Tony Pulis and Harry Redknapp were being lined up for the job.

However, it was on this day in 2001 that Fry put those rumours to bed.

“That’s just paper talk. I had a reporter talking to me about Neil Coates’ testimonial against West Ham, and we got talking about Harry Redknapp. Next thing I know, I’m apparently after him for the job! All I can say is that I have not talked to Harry Redknapp or Tony Pulis about the position.” 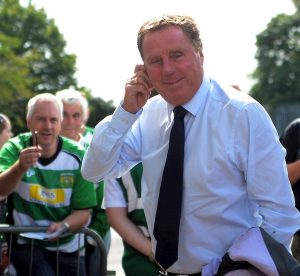 Rumours were firmly quashed by the Western Daily Press as well, with them saying “it is absolute rubbish”.

Of course, neither Pulis or Redknapp ever did end up joining Yeovil, althought  did stop by for a coffee on a couple of occasions after being invited by Darren Way in 2017

The Glovers ended up signing a chap by the name of “Gary Johnson” in June of 2001, and we here at the Gloverscast are told… he ended up doing alright.