By: Ben Barrett
In: On This Day
Tagged: Andre McCollin, On This Day, Scott Murray

As we start to see clubs up and down the EFL and in the National League begin to announce their released and retained lists, today’s On This Day highlights just how much player turnover occurs in a single summer of contract discussions.

In the summer of 2010, Terry Skiverton had just guided the Glovers to another mid-table finish in League One.
We finished in 15th, had a wonderful FA Cup moment when we faced off against Southampton at St Mary’s and got to enjoy players like Alex McCarthy (on loan from Reading), Steven Caulker and Ryan Mason (on loan from Tottenham).

But as with any summer, came the contract negotiations.

Skivo and the Glovers had no fewer than 11 players who were in need of having their future sorting, and it was on this day that decisions were made. 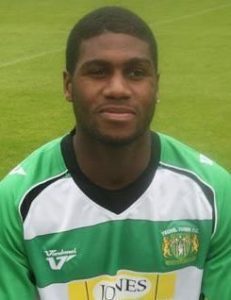 Former Spurs defender Danny Hutchins was placed on the transfer list, whilst contract discussions were held with a number of other key players.

Dean Bowditch, top scorer from the previous campaign, as well as Nathan Smith would sign their new contracts, but others, namly Terrell Forbes and Gavin Tomlin would opt against an extended stay in Somerset and returned to clubs nearer to their home in Somerset.

This was the summer we signed Ed Upson, Luke Ayling permanently and Paul Huntington – so what do you think, did Skivo do decent business in the summer of 2010?