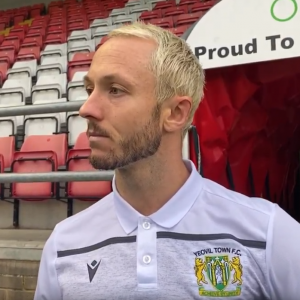 The Southend Echo are reporting that Yeovil Town striker Rhys Murphy is set to agree terms on a move to Southend United following the conclusion of his contract.

Murphy joined the Glovers from Chelmsford City two seasons ago and contributed 30 league goals, plus plenty more in the cup competitions during his time at Huish Park.

Murphy was absent from the final day celebrations against Stockport and appears to have signed on the dotted line at Roots Hall following rumours of his impending departure.

Southend will play in the National League next season after being relegated from League Two.

Thanks for the goals, Rhys.