Chris Hargreaves first friendly at Huish Park ended in a 1-1 draw against League One Exeter City.

A vintage Tom Knowles finish opened the scoring in the 20th minute for Yeovil but that was cancelled out by Matt Jay’s equaliser just before the half time break.

On a hot afternoon in Yeovil, neither side particularly over-exerted themselves as the game wore on and petered out in true pre-season friendly fashion. 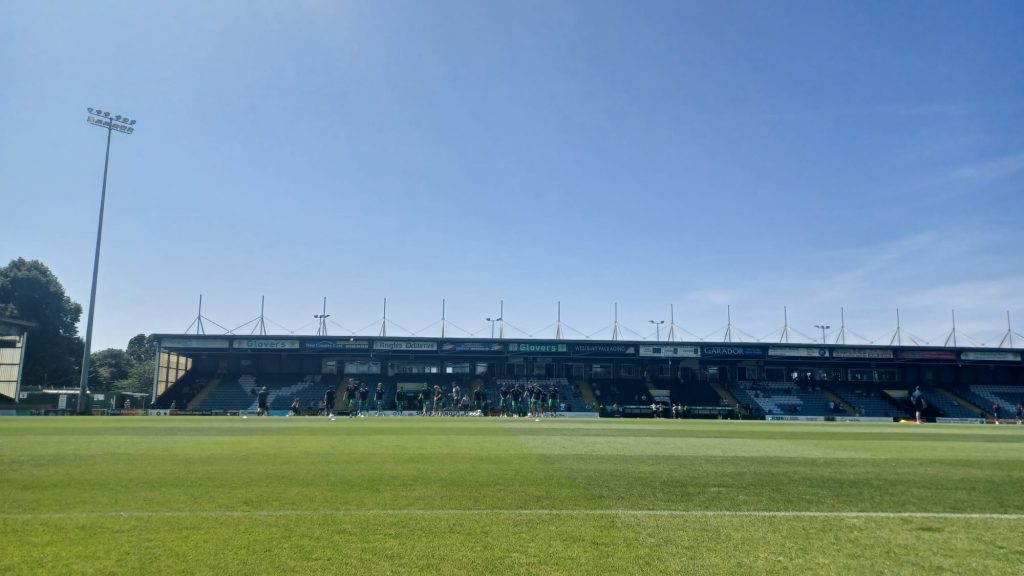 On the most glorious of glorious days, Huish Park was looking resplendent in this sunshine and the early exchanges were cautious in the heat.

The returning Alex Fisher nearly put his new partner Malachi Linton through on with a chested pass that just about ran on to the Exeter keeper.

Soon after, a cross to the back post was headed wide of Grant Smith’s goal by Sam Nombe under pressure from Morgan Williams and Chiori Johnson.

Nombe had the next chance for Exeter in the 14th minute as the Grecians nicked the ball from Yeovil’s midfield and broke away. The striker slipped as he attempted a hopeful left-footed effort from distance that comfortably rolled through to Smith.

The Glovers took the lead 20 minutes in through Tom Knowles. Making amends for his penalty miss at Taunton, he picked the ball up after sloppy play from Exeter and drove purposefully through the defence to strike a low left footed effort past Harry Lee in true Knowles fashion #DFILWF. 1-0

Yeovil held a strong defensive shape and kept Exeter to efforts from distance and in the 28th minute a curling effort from their left back Jack Sparkes had Smith at full stretch as it flew wide of the post.

Exeter found an equaliser on 34 minutes after a poor header by Max Hunt fell to skipper Matt Jay in the six-yard box who couldn’t miss. 1-1 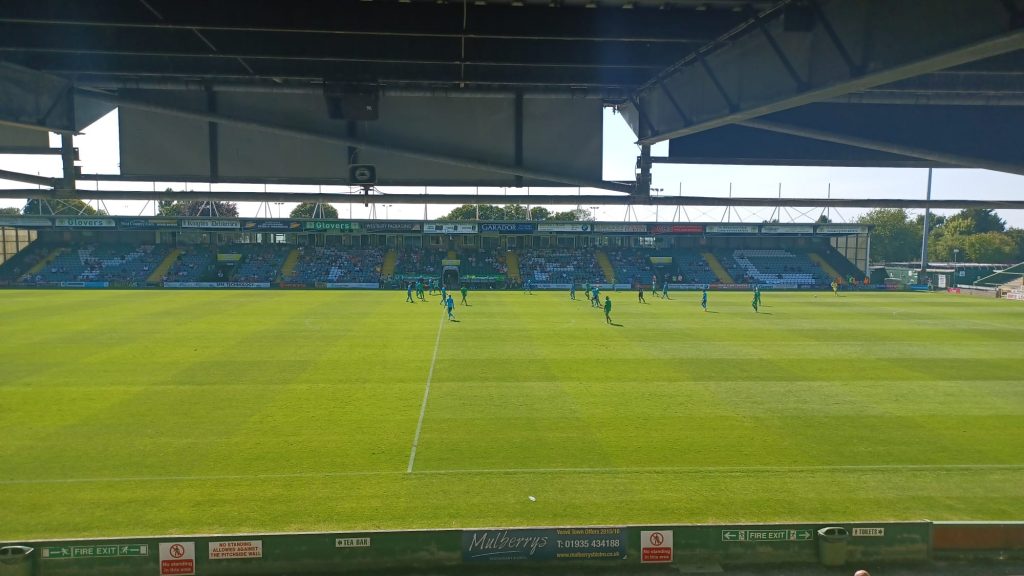 As the temperature reached 38 degrees on the pitch (according an Ian Welch announcement), the action started to liven up after five minutes of the second half. A driving run and low cross by Sparkes forced an important stop in the box by Smith and created a breakaway for Knowles who was pulled back by an Exeter trialist who received a booking.

The Glovers made their first changes of the game after 56 minutes, with Ollie Hulbert and a trialist (Pierre Fonkeu) replacing Knowles and Linton.

The action tempered away in the heat with Exeter reduced to optimistic pot shots against a well-organised green and white striped back line.

As the clocked ticked past the hour, Huish Park was treated to more substitutes from both teams with former Yeovil academy player Pedro Borges coming on for the Grecians and Stanley Anaebonam (trialist) joining the Glovers attack.

As more trialists (and Charlie Wakefield at wingback) entered the fray on 70 minutes, a mix up in the Exeter defence nearly allowed Hulbert to put Yeovil ahead but the ball ricochet in the box before trickling into the keeper’s gloves.

No real action followed that as the substitutions and heat saw the flow disrupted and both sides play it safe through to the 90th minute.