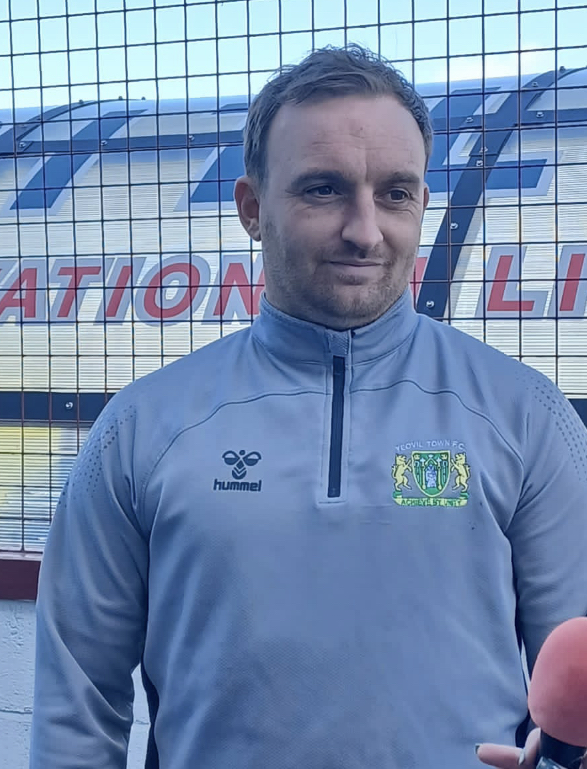 Despite some positives, Charlie Lee was disappointed with his side’s 1-0 defeat at Halifax this afternoon.

Speaking to BBC’s Sheridan Robins, the Glovers’ Interim Manager was proud of his side’s work ethic, but bemoaned their sloppiness on the ball. He also felt there was a foul on Dale Gorman in the build up to the Shaymen’s 83rd minute winner.

Lee said: “As ever I was proud of the work ethic. I think we’re all a bit disappointed with how we played on the ball, it was sloppy, especially in the first half. For long periods in the second half they [Halifax] didn’t know what to do and they didn’t look like creating any changes. If anything we looked like we was going to get them on the counter.

“I think its a foul on Gormo [Dale Gorman]. I think its quite an easy decision to be honest and obviously we’re completely open once he makes the foul, and for a refereeing decision to cost us a counter attack and a goal when we were really solid, we’re a bit disappointed. But, I feel like we probably should have made some of our counter attacks count and then it’s a whole different game anyway,” he added.

Of the penalty incidents in the first half, the manager admitted he didn’t see a foul on Luke Wilkinson, but felt that Reuben Reid should have had a penalty as it would have been a foul anywhere else on the pitch.

Lee said there were positives but he wont find happiness in defeat, adding: “I can tell you in the changing room, they’re not happy with how the game went.”

He also clarified that Grant Smith, who took a nasty tumble in the first half was ‘absolutely fine.’