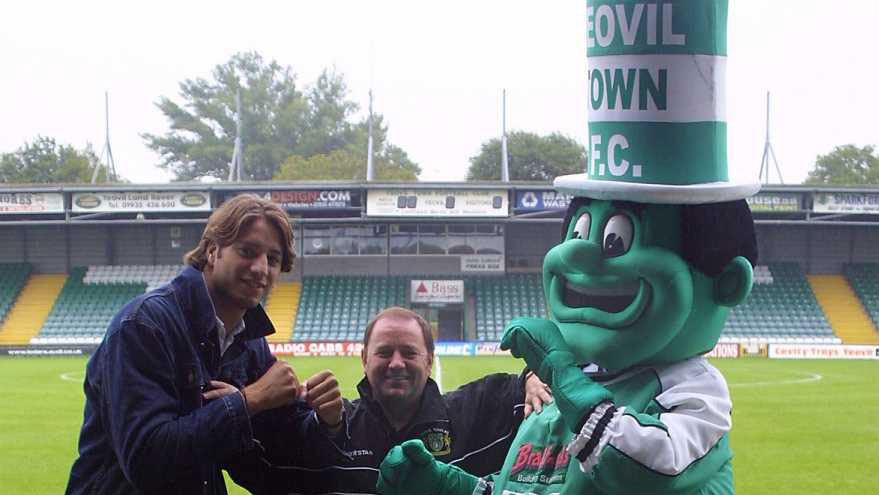 In an interview with the Gloverscast broadcast yesterday, the giant defender spoke about the moment in 77th minute of the third round tie when the Australian tumbled in the box.

Hugo told us: “When I came to Yeovil the gaffer (Gary Johnson) said to me ‘if you fall down, you must be dead’.

“If it was an English guy I don’t think he would have done that, it is your culture, you don’t dive.

“Everyone wants to see the English game and the fair way you play is a part of that, you play with loyalty to the fans and respect to the opponent.”

Of the penalty decision, he added: “In that situation, he should have gone to the referee and said it was not a penalty. It is football, it is not basketball where you can’t touch a player.”

In commentary on the televised match, Sir Trevor Brooking said of Kewell’s reaction: “I don’t think there’s a lot of challenge there, he’s thrown himself forward. I don’t like to see that, but it’s a penalty given.”

Following the tie, Kewell denied diving telling the club’s website: “If a defender touches a striker in the box it’s a penalty.”

The Premier League giants were 1-0 ahead through a goal from substitute Emile Heskey at the moment of the incident and went on to win the tie 2-0.

You can draw your own conclusion by watching the incident on Yeovil Town’s YouTube channel, with the incident happening at 75 minutes and 40 seconds.