Hargreaves’ backroom team ‘in the next couple of days’

New Yeovil Town manager Chris Hargreaves is hoping to announce his new coaching team within “the next couple of days.”

The boss, who was confirmed in the post on Wednesday, has also confirmed he expects to have spoken with all the club’s players by the end of the day.

However, he admits the club may struggle to compete against clubs with bigger budgets for some of their players. 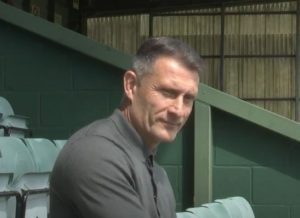 On his search for a backroom team, he told YTFC.net: “I’m speaking to a couple of coaches, not announcing them yet. That will be done in the next couple of days.

“There are complexities because some people are employed, so that needs to be sorted out but I know who I want with me and a lot want to work for such a club.”

On the playing staff, he added: “I’ve spoken to every player at the club to see where they are at and how much they want to be here.

“There’s an inevitability about some players because there’s only so far we can go with some of them. We can tell them we value them, but we can only go to a certain level (of financial offer)

“There’s nothing we can do if clubs blow us out of the water (with their offers) so we have to do our own business for this club. That’s for me to do that.”

Defender Morgan Williams and youngster Ollie Haste are the only two players who are known to be on contract beyond the end of the season, although chairman Scott Priestnall has said the club does have options to extend the stays of other players.

Hargreaves said he would be looking to bring in players but admitted this may not happen immediately, he added: “These conversations will happen over the next couple of weeks and in to pre-season, but all the deals will not be done super quickly.

“As a footballer, you want to get to the end of the season, relax and see what your options are.”