It’s the summer and what’s a summer as a football fan without a bit of rumour and speculation?! Yeovil Town boss Chris Hargreaves has started to add to the solid base of retained players with the additions of strikers Malachi Linton and Ollie Hulbert and most recently experienced, Jermain Reckord.

But with attacking options and defenders still at a premium in his squad, we asked Joseph Pope from the Off The Line Blog to take a look at who else could be on the target wall which Hargreaves keeps at Huish Park….

There has been a noticeable trend thus far with the signings that Yeovil Town have made, with both players having quite strong ties to Chris Hargreaves, something which I think sets a fairly accurate precursor to the rest of the business that we may see this summer.

Ollie Hulbert, on the other hand, used to play for Chris Hargreaves in the youth team at Bristol Rovers, and last season enjoyed a loan spell at Gloucester City under a manager in Lee Mansell that Hargreaves used to partner in midfield at Torquay United.

As such, it is quite clear – to me, at least – that Chris Hargreaves is going to look to sign players whom he is able to get a proper inside track on. Finances are already strapped at Huish Park, with the bulk of the recruitment likely to take on a younger look.

Therefore, he cannot afford to make many mistakes in the window and as such I expect him to tend towards players who he has either coached before, or have played under people that Hargreaves has a good report with, such that he can get assurances as to their qualities.

Here’s some I think will be in his thoughts….. 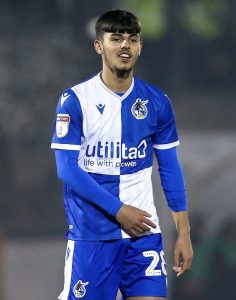 One deal that looks increasingly likely to be coming to fruition is Lucas Tomlinson. The skilful, tricky winger was released by Bristol Rovers at the end of the campaign, and is a similar profile to new signing Ollie

He is young, hungry and eager to do well at this level, with an energy and pace to his game that can make him a real threat. He spent last season at Gloucester City, and so Hargreaves can get a good report on him, with assistant Chris Todd formerly of The Tigers and so will no doubt still have contacts there.

Hargreaves has managed him before and so will no doubt know how to get the best out of him. With Wakefield and Knowles re-signing, he may not be a starter, but as someone to develop long-term and have as an option, he’d be a good signing. 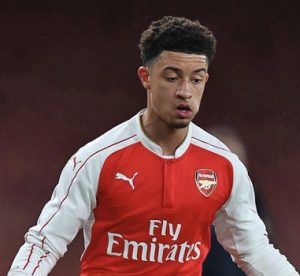 One player that I think Yeovil Town would be worth having a look at during the summer is former Torquay United man Chiori Johnson, after he was released at the end of the campaign.

He provides Hargreaves will good versatility, given that he is adept at playing in a full-back role, in a central midfield role or indeed out wide, and so with a small squad likely and finances stretched, that could be crucial. He is a player that Todd will know, having coached him during his time with The Gulls last term.

An intricate player that is comfortable with the ball at his feet, can pick a pass, is not afraid to get stuck into the tackle and has the low centre of gravity to power away from players. He carries the ball well, and I think he’d be a good signing for The Glovers

An option that Yeovil Town could well take a look at, someone that is a bit of an outside shout for The Glovers to consider, is former Torquay United and Aldershot Town forward Shamir Fenelon. He is another Hargreaves managed during his time as Gulls boss, and he could relish an opportunity to play for The Glovers.

Kept on by Horsham at the end of the campaign, he would perhaps require a fee to obtain his services, however given that they did not stand in the way of Sam Howes and agreed to cancel his contract, they could do the same for Fenelon too.

At 27, he is coming into the prime of his career and I think this could be the perfect springboard moment to get his career going again. Versatile to play as a winger or indeed a striker, I think that he has the athleticism and running power to also play as a wing-back if required, thus gives Yeovil Town good options.

He has experience of playing in the Football League, and I think that he could actually bring to the party the qualities Town are looking for. He is big and strong, with a yard of pace, good work rate, is hungry to succeed, and is the sort of committed team member that you need. Equally adept at running in behind or receiving to feet and taking on his man, he could be a useful pick-up from Non-League.

Another player that I think Yeovil Town could have a look at to provide the versatility to be able to play in a number of positions is former Plymouth Argyle man Byron Moore from National League North side AFC Telford United. He was offered a new deal at the end of the season, but is yet to sign, and The Glovers could well chip in to seal his signature.

Moore is capable of playing on the wing, at full-back, in the centre of midfield or indeed through the middle, and so fits what Yeovil Town are looking for in terms of cost-effective players that provide them the chance to change their system and have cover in key areas.

He is an experienced player that is another to have played at Bristol Rovers during Hargreaves’ time at the club, and so the Glovers boss has that report already there. He has recent experience of playing in the National League with Torquay United, and I think he would be a good option.

New FC Halifax Town boss Pete Wild has made a number of new signings since taking over at Holker Street, but with Billy Waters and Josh Gordon already on the books, James may find his game time limited this season and so may be looking to go out on loan for a fresh new challenge next season. Hence, The Glovers could profit.

He has lost his way of late and needs to go somewhere he can rediscover his form and getting the regular playing time, having been restricted to only 19 appearances last season, with a combined 3 goals in the last two seasons. Thus, he needs to start again and find his feet, and a move into the National League may well give him the chance to do that.

A player capable of playing through the middle or indeed out wide, he is a hard-working that was described by Mark Cooper as “a top professional”, and that is what The Glovers need if they are to have a younger squad.

Another player that used to play for Bristol Rovers and someone that Chris Hargreaves will no doubt know well is midfielder Abu Ogogo. So far, The Glovers have favoured younger and more technical players, and they need that more experienced, robust option and Ogogo fits that bill perfectly.

A player that is experienced at this level and principally the one above too, he is a tenacious, tough-tackling and commanding midfielder that is not afraid to put his foot in. Committed in the tackle, he has held numerous captaincy positions amongst his previous clubs and so would be that vocal presence about which to form the midfield.

Released by Southend United at the end of the season, he will no doubt be looking to remain in the National League, and a move to Yeovil Town could be a good fit. He is 32, keeps it ticking, and is the perfect foil for the more technically-pronounced players.