Gloversblog: Hargreaves ticking all the boxes so far 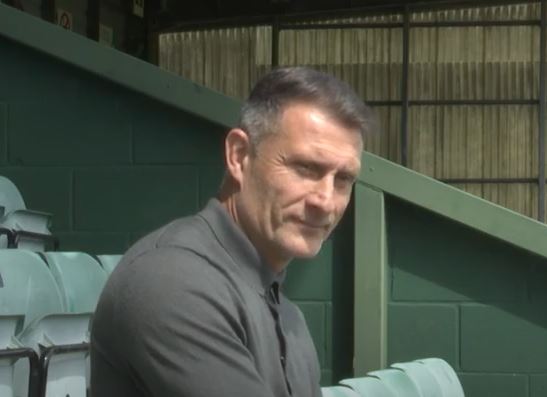 After a season that I couldn’t wait to end, I find myself willing the football season to return and counting down the days to to Taunton Town away (33 as of writing) in our first pre-season friendly.

We’ve not kicked a ball yet and we’ve not even got a squad. However, the early signs of Chris Hargreaves’ time at Huish Park have me cautiously optimistic.

A released list which few could argue with after last season’s midtable finish. The new contracts for Josh Staunton, Lawson D’Ath and Matty Worthington in addition to last seasons ‘remainers’ are a good show of unity from a group of players who you’d consider the best of the bunch from last season. If we can keep Charlie Wakefield, even better.

There’s recruitment to do, obviously. But equally important was the arrival of a coaching team. Previous incoming managers have inherited Terry Skiverton or Steve Thompson, but Hargreaves has arrived knowing he needs to bring in people with him. Yesterday we saw the arrival of Chris Todd from Torquay’s Under-18s as Assistant Manager and the return of Marcus Stewart as the Head of Player Development.

It’s Yeovil so there always has to be a familiar face, but Marcus Stewart feels a bit different. He left and went away, got his experience with Exeter, Bristol Rovers and Walsall. As Head of Player Development he’s here to make players better, regardless of their age and you’d be hard pushed to find a more experienced local ex-pro with Stewart’s credibility to do that. There are things that Marcus Stewart did that will be unteachable, such was his class, however there’ll be plenty for our players to soak in from an ex-striker who was once the second-top scorer in the 2000/01 Premier League season.

In his first interview with re-joining, he made it clear he’s at the club to help and he had a refreshing way of speaking, but maybe that’s the regional accent? He’s evidently here to help Chris Hargreaves, Chris Todd and ‘give it a good go’.

The appointment of Chris Todd as Assistant speaks volumes about the change in focus coming to the club with a real attention on youth development. We’ve been here before with our youth setup and the proof will be in pudding, but we’ve got the expertise to begin this journey.

“It happens at Exeter, Plymouth do it and Torquay are starting to turn that around, but the backbone of a football club is the youth set-up and the community.

“I have experienced that, I know how it works and how to develop players at a young age and hopefully that can materialise on to the pitch with the first team.”

In a post-Darren Sarll world we’re building a backroom team which appears to represent a long-term strategy for the club with good people involved. Now, let’s get some players signed I’ll see you at Cygnet Healthcare Stadium in July.