Yeovil wrapped up their home campaign with a 2-2 draw against Boreham Wood at Huish Park yesterday. Here are Ian’s Five Conclusions…

We stuck with the plan and deserved the point, if not more. At half time, I expected to see Charlie Lee make changes, given how early he made them against Wealdstone. At 2-0 down, it felt to me like we struggled to find our rhythm in the 5-3-2. But, no changes were forthcoming from Charlie Lee and his team battled back when it all looked pretty bleak at half time. Fair play to Charlie, he stuck with the system that they’d been working on through the week and his team performed for him.

It was a relief to finally get something from set pieces. Our poor return from set pieces is no secret this season, but we finally managed to convert not one, but two. It feels like we’ve been waiting for a long throw to pay off since Charlie Lee was hauling them into the box in 2019. Finally, Morgan Williams (or was it Mendy?) put one in the net. And not long after that, Luke Wilkinson got his first of the season with an excellent freekick, aided by Ashmore taking a huge step to his right and leaving the left side of his goal open.

Dale Gorman had a game to forget. I think Gorman has had a decent first season at Huish Park. When he plays well, we play well. He keeps the ball ticking over and he has an eye for pass – just look at his assist for Josh Neufville against Southend. Yesterday, though, was one of his bad days. Having missed a penalty, which would have brought us level, he then got caught in possession and tried to claim a freekick as Dennon Lewis raced away to double Wood’s lead. Gorman’s frustration boiled over 10 minutes later he was booked for dissent. He improved in the second half, but he has had his moments this season. 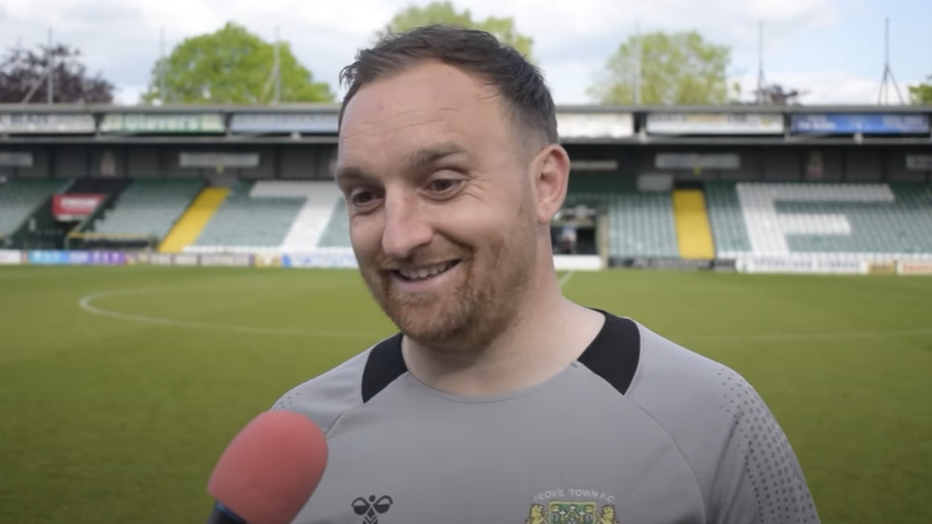 I’d love Charlie Lee to still be with us next season. Considering he was brought in as Darren Sarll’s assistant until the end of the season at Skivo’s departure, Charlie Lee has had to make a hell of a step up in his short time back at the club. I think he’s been a breathe of fresh air as manager. We’ve played more adventurously since he’s taken the reins and I think the team look more relaxed – albeit with considerably less pressure. While I’m not sure he’s the right man to get us out of the National League, he’s a ready-made assistant whose relationship with the current crop (should a few remain) will be crucial to any incoming manager.

Huish Park hasn’t been a happy place this season, but yesterday had a different feel to it. The return of the Get Pedalling ride was a moment I won’t forget in a hurry. This group, who’ve shared their story of the week on our podcast feed, have been an inspiration with their efforts. To see them arrive at Huish Park led by Lee Collins’ partner Rachel, including club legend Terry Skiverton and cheered on by supporters, players and staff set a positive tone for the afternoon. Add to that, the more than 300 kids which the Yeovil Town Community Sports Trust brought to Huish Park yesterday and there was a nice feel about the place. Let’s have more of those moments next season, with the community at the heart of their football club.

They’re here! A huge round of applause for every one of the @get_pedalling team who has completed the amazing #Miles4Mind over the past few days.

The captain would be proud of each and every one of you.