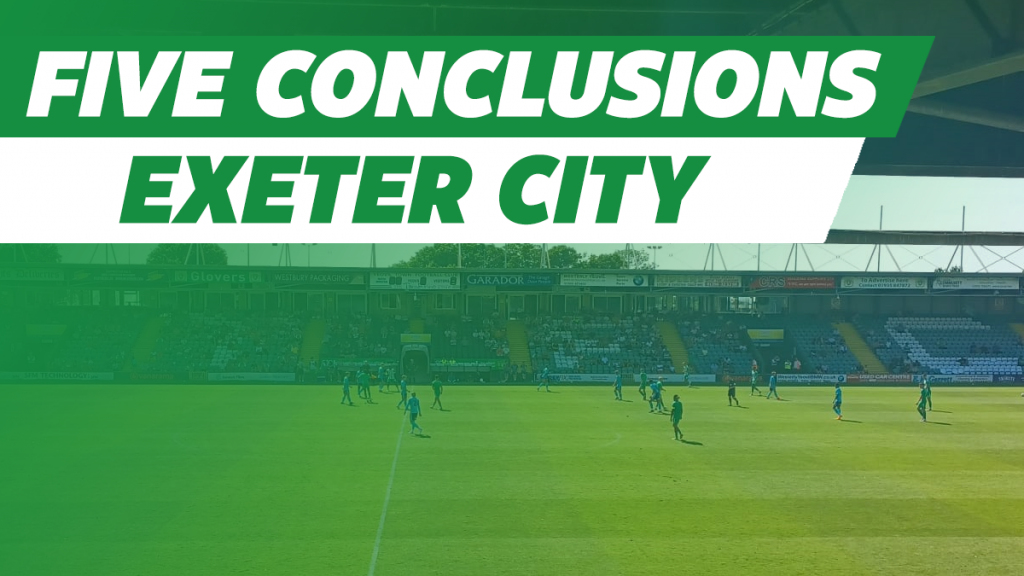 Yeovil earned a 1-1 draw against Exeter yesterday on a hot summers day, Ian was there and here’s five things he thought of the game.

We’re definitely improving. Maybe it was the pitch, maybe it was my better vantage point at Huish Park compared to Taunton but we are progressing. A draw against League One opposition who are a week ahead of us training-wise is good in the grand scheme of things. 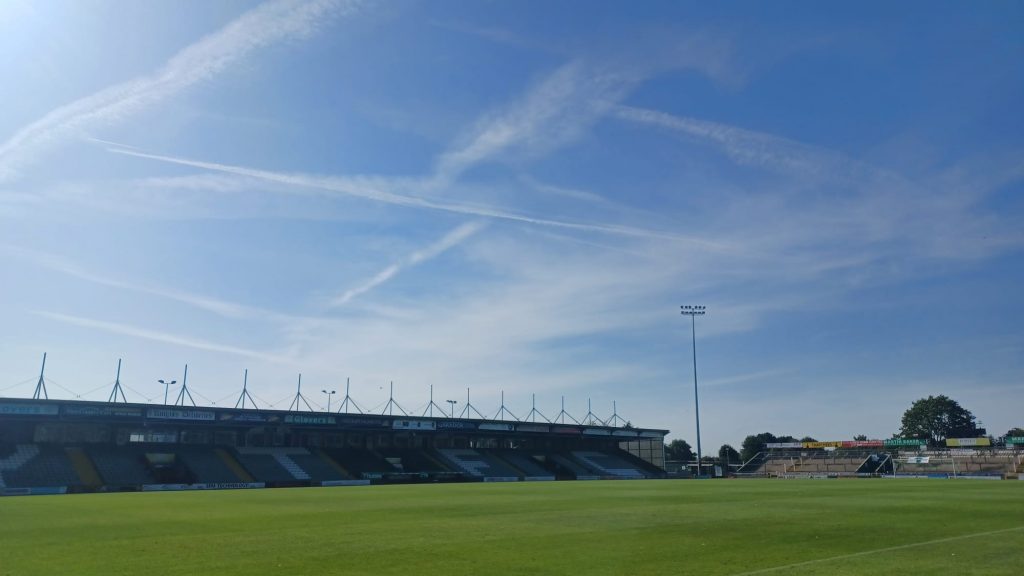 We’re organised defensively. But for a couple of moments against Taunton we never felt stretched it was the same yesterday. We reduced Exeter to shots from distance and our back five of Johnson (who looked much better yesterday), Williams, Staunton, Hunt and Reckord look like a strong defensive unit.

We look fit. Chris Hargreaves told us on the Gloverscast that he’d have the players working hard and that was evident yesterday. I don’t know if you’ve heard, but it’s pretty hot at the moment and both sets of players didn’t stop for 90 minutes (but for a couple of drinks breaks).

Tom Knowles is being given creative freedom. Playing behind the front two of Malachi Linton and Alex Fisher yesterday, Knowles was his trademark self, buzzing around defenders, winning fouls and causing problems with his direct running. His goal was a typical Knowles goal – picking it up out side the box, putting the afterburners on through the Exeter defence and slotting a left footed finish into the bottom right corner. It looks like we might see a bit more of him centrally this season and I’m all for it.

With all that in mind, there’s still more to do obviously. These games are all about fitness and building relationships on the pitch and we’re seeing that develop. Despite retaining players we still a new team with a new manager and we need to be patient. The manager still wants to add and there’s plenty of time to do that. Some of the trialists from Tuesday remained and there were a couple of extras included yesterday. Those that are still around must have something as we seem to have moved others on quickly