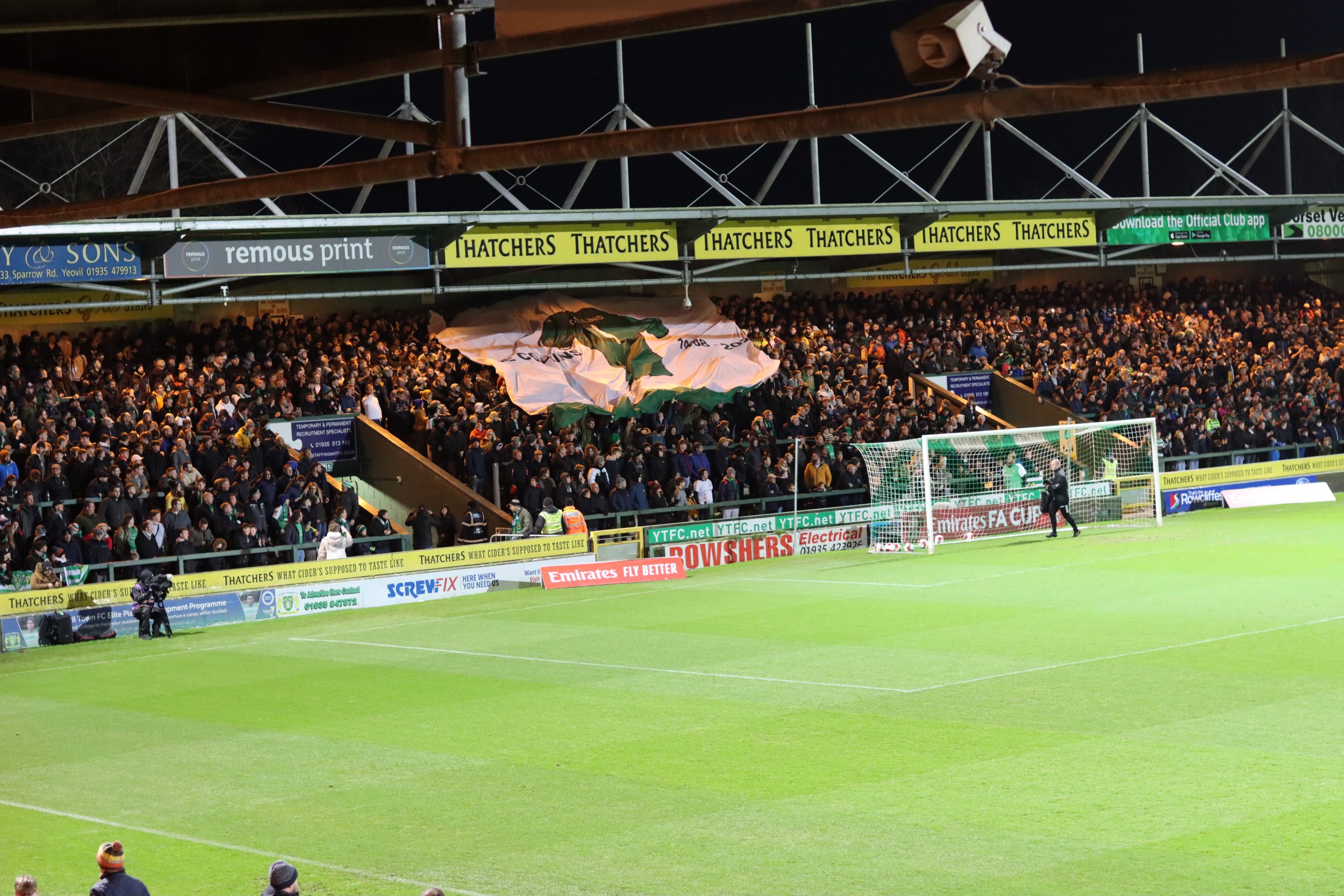 It wasn’t quite a magic night at Huish Park, but there is always something about Yeovil Town in the FA Cup. Here are Ian’s Five Conclusions from the 3-1 defeat.

It was fantastic to see a crowd. Not since Manchester United’s visit in 2018 have we had such a turnout. Despite Bournemouth not being a ‘superclub’, Huish Park was packed and full of anticipation of more FA Cup history. While the result wasn’t what we’d have wanted, seeing supporters in their volume to watch the match was a pleasant remind of what Yeovil Town FC can be on its day. Let’s just hope the mud bath surround the stadium didn’t put people off attending less glamourous matches in the future.

Bournemouth’s quality was clear to see. But for the keeper’s mishap, we didn’t cause them any major issues. Their technical prowess allowed them to totally control the game and keep us at arm’s length. Emiliano Marcondes was everywhere for the Cherries and he earned his hattrick with his clever runs and positioning. Jamal Lowe showed what a talent he is with his dizzying runs and electric pace. We performed admirably, but Bournemouth showed why they are three points clear at the top of the Championship.

Max Evans should have got his chance. Dillon Barnes has had two disappointing performances in his loan spell for us. The corner at Torquay was bad and I felt he had another poor game in the FA Cup. He pushed the ball back into the middle of the goal for Bournemouth’s third goal and he seemed to struggle with crosses and corners again. There’s a lesson to be learned for Grant Smith, don’t mouth off at officials again. He’s missed two big games for Yeovil and we’ve really suffered for it. Hindsight is a wonderful thing, but I think giving Max Evans an opportunity in these two games would have been a good thing. It couldn’t have gone much worse. 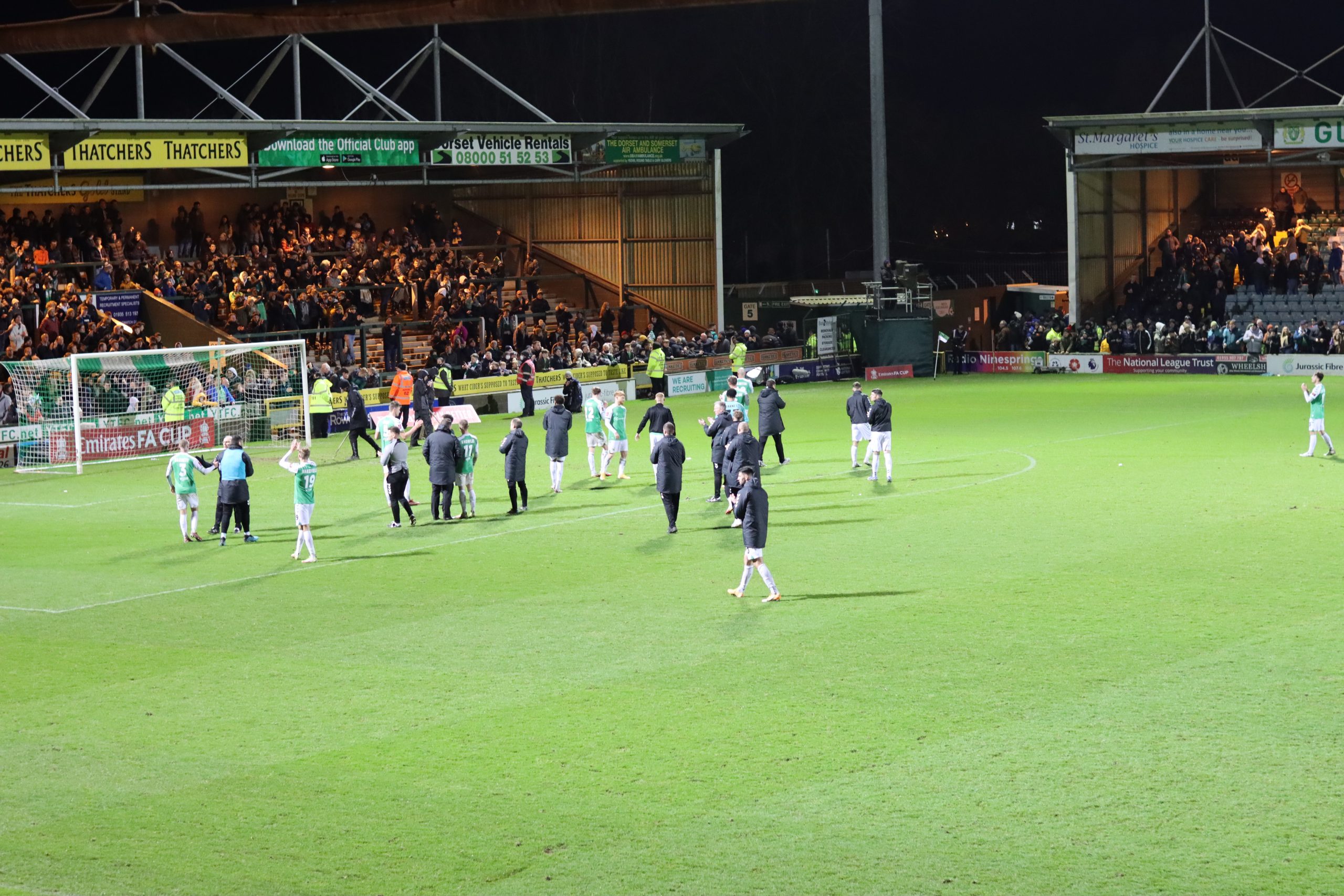 We looked tired. Playing against Bournemouth is totally draining, obviously. But we looked like a side which hadn’t had a proper week of preparation. Tom Knowles and Charlie Wakefield aren’t at the energetic levels they were, Matt Worthington isn’t getting forward like he was and our threat was diminished. I’m not sure having Worthington and Dale Gorman on yellow cards for the majority of the match made it trickier for us to take any risks. On the plus side, we had nine substitutes and seem to have some genuine depth in positions. Without downplaying Needham Market, we could do with playing Needham Market after these last three games. Instead, we’ve got a quick turnaround and a trip to Southend having not left the South West since November.

Scott Priestnall decided to grace us with his presence, albeit under the radar. That there’s even speculation about whether or not the owner of the football club will attend a match is appalling enough in itself. We can only guess as to the reason why this match was worth a visit, perhaps it was to see what a proper occasion at Huish Park can look like. Perhaps it was to sort out some contracts for players and the manager. Maybe we’re days away from seeing his long-term plan. Hopefully he was there to clear out his desk. Plenty on the terraces let him know their feelings last night.