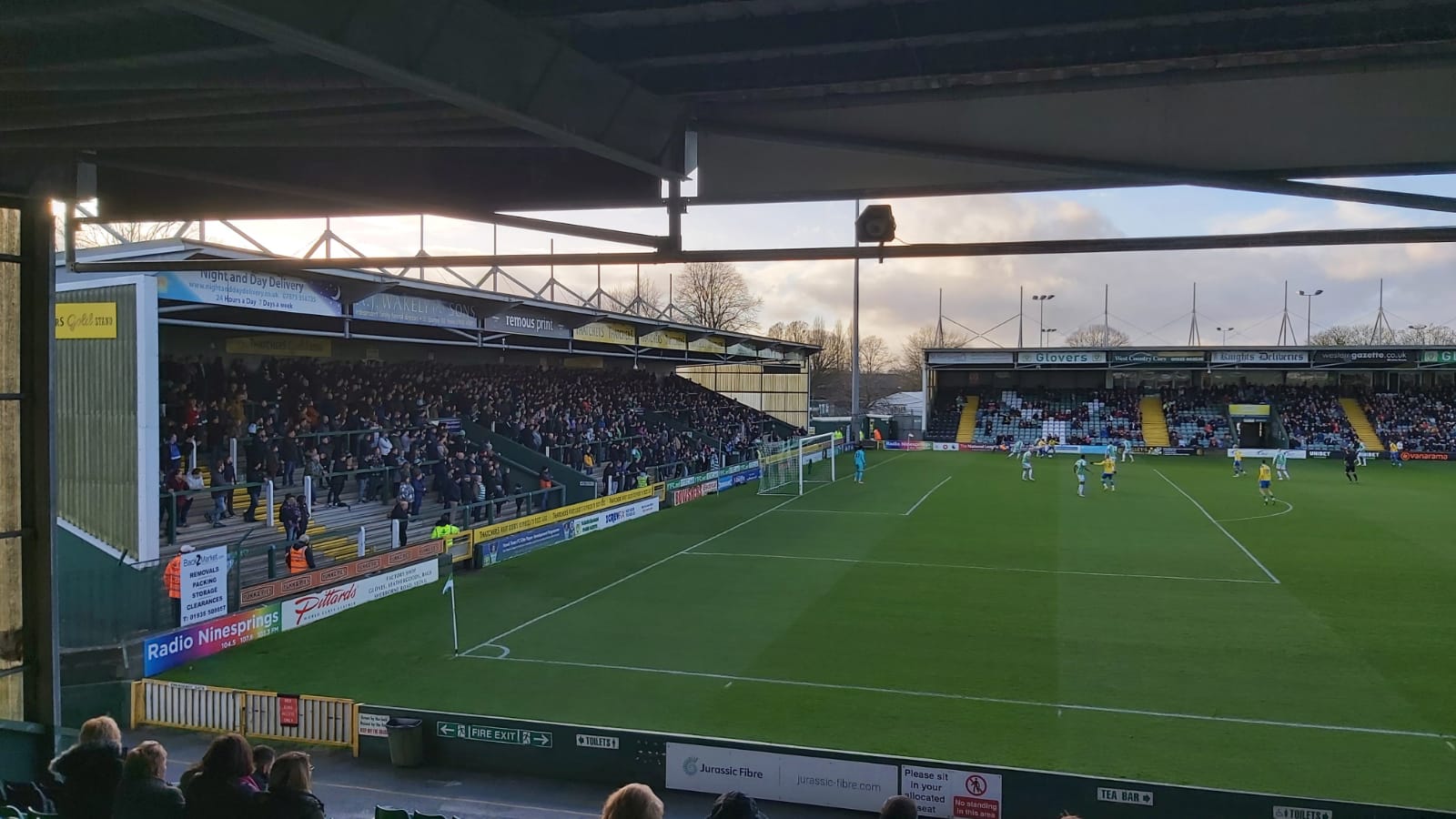 It wasn’t the best afternoon at Huish Park yesterday, but there were positives sprinkled amongst the defeat. Here’s Ian’s Five Conclusions…

Darren Sarll has some decisions to make up front. Adi Yussuf started yesterday, and it was one of those games where nothing lands right for him. He never really got hold of the ball, didn’t win many headers and was out muscled on most occasions. Joe Quigley returned from the bench after his injury and caused issues for Torquay and was an instant upgrade. The arrival of Reuben Reid was also promising, he got the ball under control and held off Torquay defenders well too. For the first time this season, Sarll has three out-and-out striking options and decisions to make.

Morgan Williams is becoming Mr Dependable. When we signed Williams in the summer after two decent loan spells, I though we were getting a good centre back option. A young player who would improve with us and either progress with us or move on for a nice fee. Not only is he all of those things, but he’s also becoming a trusted, versatile member of the squad who’s filling in at both left and right back. I think there is a question to ask about Alex Bradley’s absence, and what he gives us going forward compared to Williams. But, defensively Williams is proving that he’s dependable across the back four.

I think that’s enough of Dale Gorman’s speculative shots from distance. When Gorman lined up a freekick from forty yards yesterday, I thought he it was just a decoy run up. I anticipated a delicate lob or a disguised pass to a sneaky full back on the run. Instead, Gorman opted to attempt the unlikely spectacular and belted the ball into a two man wall allowed Torquay to break and force the corner from which they equalised. Now, we should have dealt with the corner, but we shouldn’t have gone from that position with an attacking free kick, to an exposed defensive situation in under a minute. He had another attempt later in the match, where he was tackled cleanly and tried to claim a foul as Torquay broke and but for a shirt pull, could have scored again on the counter. Gorman is great at breaking up play and keeping our possession ticking over, but the frequent attempts at worldies are letting him down.

I felt we lost our width. It may have been (and probably was) a tactical plan to get narrow, but as we chased the game we didn’t seem to get players in the wide areas to make a difference. We didn’t see Charlie Wakefield didn’t get to areas where we’ve seen him cause teams problems, Knowles didn’t get wide to cut back inside. With Quigley and Reid on the pitch, we could have got more crosses in the box and caused Torquay more problems.

We don’t need to panic. Two losses on the bounce isn’t great, but it’s not the end of the world. The late withdrawal of Luke Wilkinson meant we had to shuffle the pack even more than we thought we’d have to with Dan Moss and Grant Smith suspended. A back five that might have just had a couple of changes had four. This group has plenty of credit in the bank and this is part of the journey.