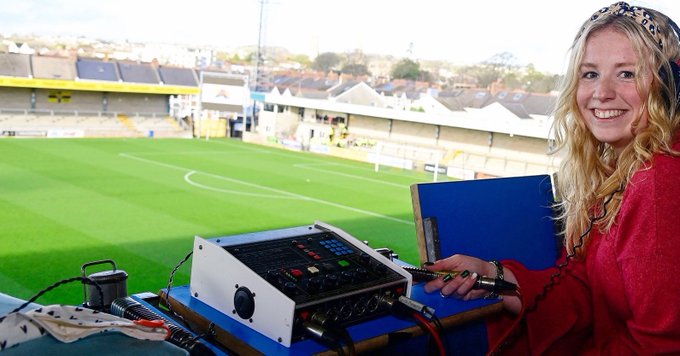 The run had to come to an end at some point – but yesterday’s Boxing Day match unravelled following a crazy five-minute period. Here five conclusions from a Boxing Day to forget from BBC Somerset’s Sheridan Robins.

It had been an even game up until the 65th minute but at that point our inexperience finally told. Throughout the good run of form, things have gone Yeovil’s way and they have stood firm well and except for the Woking game, they have avoided too much frustration on the pitch. But tempers were flaring early doors in this match and Torquay were street smart – while Yeovil lost their heads. Sonny Blu Lo-Everton can feel aggrieved he wasn’t given a yellow – but he gave the linesman and referee a decision to make and with how things were going, a red card at some point was inevitable – and it was against Yeovil. It was clearly not with intent to hurt his opponent – but it was reckless and silly none the less.

We need to get Charlie Wakefield in the game more. We are most dangerous when he gets the ball, runs with it and creates space. In the first half, it was a defensive masterclass once again, but Wakefield did not get the service he needs. Early in the second half, it was clear Darren Sarll wanted to utilise the right-hand side, but then it was always going to be difficult with 10 men. He is our danger man, and we need to use him more.

Gary Johnson had a game plan – and it worked. Speaking to BBC Somerset pre-match, the former Yeovil manager spoke about ‘shenanigans’ and while I don’t think Yeovil were cynical, the way Torquay won their free kicks was much more impressive than us – and they frustrated us. They have some talented players, but so do we and their work in midfield to win the ball back was one of their strengths. We must be aware of that in the return fixture.

Following Dan Moss’ fifth yellow card, Lo Everton’s red and Smith’s post-match dismissal, there will be several changes for next Sunday, but we do have some strength in depth now. Don’t get me wrong, we cannot afford many more suspensions or injuries, but with Mark Little on his way back, Jack Robinson recovered, Joe Quigley working towards fitness, and Alex Bradley, Reuben Reid, Jaheim Headley and Max Evans all available, it might not be the unmitigated disaster it could have been a couple of months ago. It is a huge chance for the squad players to stake a claim on a team which has been in wonderful form.

Lastly, in true Yeovil Town fan style, there is no need to panic. The manner of the collapse was concerning, but this group have a huge amount of character and desire – and for spells they kept Torquay at bay, who are in decent nick in league. I have no doubt they will bounce back – and what better way than against the same opponents? I will mention that I had to wait a long time for the post-match interviews but – as ever – both Sarll and Staunton assessed the performance honestly. It may well be a blessing in disguise that there is a full week for next week’s new-look side to gel and get back to winning ways.