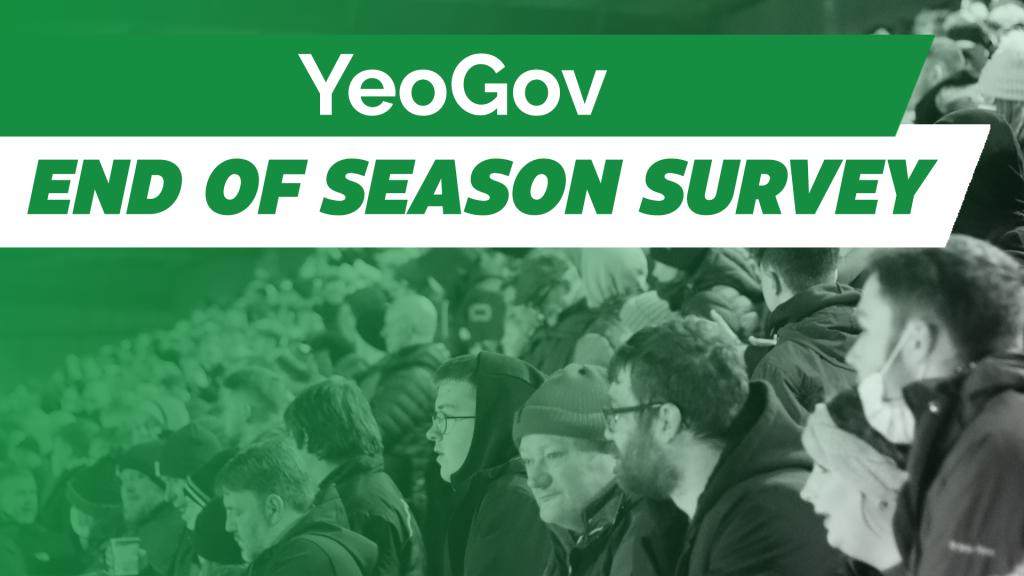 The first ever Gloverscast End of Season Survey has closed and a huge thank you to the 499 (argh!) of you who took part.

Someone with much better numeracy skills has kindly offered to trawl through the data and make it digestible for our readers. The majority of the questions were statements on a scale of 1-7, giving participants the opportunity to score a 1 for ‘strongly disagree’ and 7 a score for ‘strongly agree’.

Here are Five Conclusions we’ve drawn from an early look at your answers.

There has been quite the drop in season ticket holders over the last five seasons. Of the 499 responses, 59% have had season tickets in the past five years. 38% of respondents are currently season ticket holders. The trend is obvious, we’ve seen attendances dropping season on season since Darren Way was in charge. Personally, I think that final Way season was probably one of the most damaging in terms of getting people through the turnstiles. Last season’s challenge has been talked about ad nauseum, but something we’ve probably not spoken about much ahead of the forthcoming season is the cost of living crisis. People will be making decisions about their spending, especially come the winter and another energy price increase.

Communication should be a priority area. With a score of 2.01 on the statement: The Club has communicated with supporters well this season, there is work to be done to improve. This can be looked at in a couple of ways, a largely absent owner until April this year, with sporadic statements in between has left a feeling of disenchantment. But there are quick wins for the club to implement. To the statement: I know who to contact when I want to make my views heard the average score was 2.93. Give supporters an email address they know they can reach out to where they’ll be heard, because the survey shows us that most don’t feel valued as supporters.

The Supporters Alliance Group needs revaluating. With a score of 3.31, people slightly disagree that the SAG is effective as a means of communicating with the club. And if the SAG is the platform for supporters to make their views heard, most don’t feel they’re listened to and acted upon. Of the 499 responses we received, over 71% are not part of any of the organisations on the SAG. 22% are members of the Glovers Trust, and 7.6% are members of the Green and White Supporters Club. There needs to be room for more voices or a refresh which welcomes new people into the fold so that the group can be truly representative of supporters of the club.

While a professional crunches the data for us to share it, I’d like to say a big thank you to the readers of the Gloverscast for being part of our first survey of this kind. We’ll conduct another one at the end of next season so that we can continue to provide you with a platform for feedback.