It’s difficult to conclude anything from the first preseason friendly with so many changes through the game, but it’s been a while so why not try eh?

Matt Buse looked the best of the trialists. It’s not particularly a secret that one of our anonymous trialists is former Torquay midfielder (and local lad) Matt Buse. In the brief time he was on the pitch last night he looked calm in possession and probably the one trialist who looked ready to step up and be a part of the squad.

It was good that the owner was in attendance. We’ve had plenty of pops at Scott Priestnall for not going to games, but you can’t complain if he arrives in Taunton for a pre-season . There were plenty of conversations with Chris Hargreaves and both Stuart Robins and Martyn Starnes were in attendance too, so there was executive representation at the match which is a positive. Let’s just hope they saw enough to know… 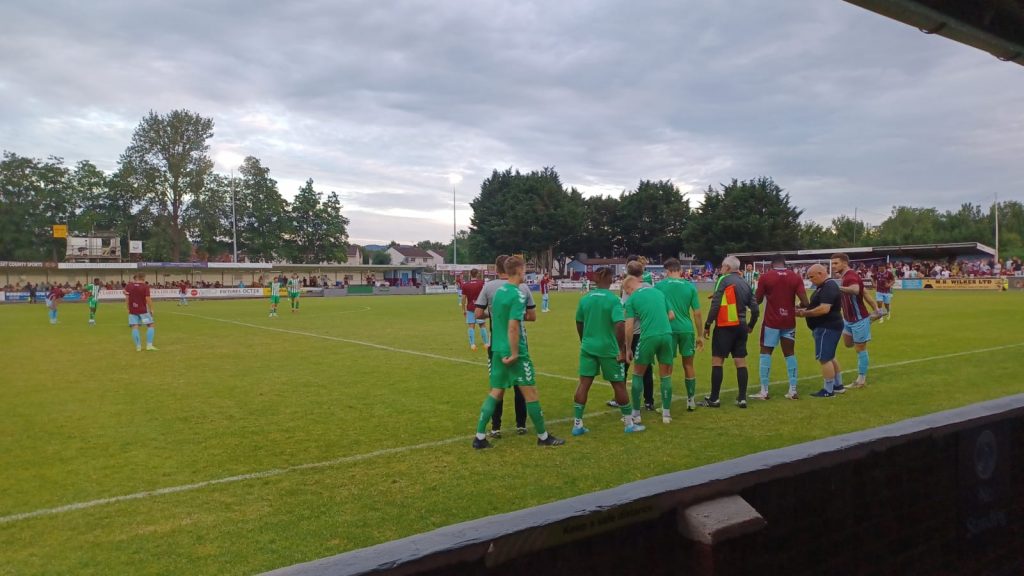 …we need a lot more! It doesn’t take a rocket scientist to understand the squad isn’t where it needs to be yet. Equally, I’m of the mind that it’s still early days. We’re a bit of an unknown quantity, we don’t know what system the manager will prefer (although it was a back five with wing backs) and as he said when he spoke to the Gloverscast, managers will want to get a couple of weeks of preseason in before deciding on the futures, or lack thereof, of their contracted squads.

It will be interesting to see which trialists remain. Some of these may be back for Exeter and get another chance of for a run out but, as with last year, many will move on. (Come back Harlain!) The manager spoke intently to a couple of them after the match so he and his coaching staff must have seen something. Other than Buse and Chiori Johnson nobody stuck out.

I won’t read too much into this game. It’s fitness, it’s minutes under the belt and it’s avoiding injuries. We went into this match without two key players in Lawson D’Ath and Charlie Wakefield and I imagine Ollie Hulbert will be a starter too. Hopefully we see some additions in the coming days and we’ll get more of an idea about the style of play Chris Hargreaves wants to implement as we progress towards the big BT kick off at Scunthorpe.