Charlie ‘really excited’ by the opportunity

Yeovil Town caretaker manager Charlie Lee has said he is “really excited” by the opportunity to take charge of the first-team following the shock departure of Darren Sarll. 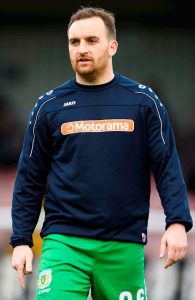 The former midfielder has taken the job for “the forseeable future” after the manager who brought him back to the club as his assistant last month quit to take over as National League rivals Woking on Monday.

Lee, who  made more than 400 Football League appearances in his career, will be in the dug-out for Saturday’s visit to Barnet, when the Glovers are looking to continue a run of three back-to-back victories.

Speaking to the club’s YouTube channel, he said: “It’s been a strange weekend and a big 24 hours, but I am really excited by the opportunity.

“The boys were excellent, they are a great group and they work really hard and today was a successful day.

“The performances have been really hard, training has been top quality and I am really looking forward to the game Saturday.

“It will be exactly the same, the performances have been high, the boys have been spot on and the boys are really looking forward to the game.”

He admitted there were “mixed emotions” among the squad, many of whom were brought to the club by Sarll, but said they could not allow the departure to detract from the weekend’s fixture.

Lee added: “It’s an exciting time for me, but also a sad time because we were all very close to the Gaffer – but he’s moved on and we have to calm down after what has happened after the past few days.

“I don’t know how long it’s going to be, I am ready to take charge on Saturday, it’s game by game and I will do it until I am needed to do something else.”