Ayling – Yeovil Move “The Best Decision Of My Career”

Former Yeovil Town defender Luke Ayling has reiterated his love for his former club saying it was “the best decision I ever made”. 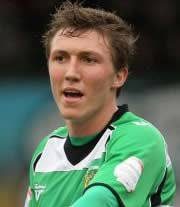 Speaking to Laura Woods and Adebayo Akinfenwa on the Sky Sports Super Six Podcast, Ayling spoke of how he felt like moving to Somerset made a huge difference in his career

“It certainly toughed me up, it was the best decision I ever made in football.”

“I was playing men’s football at 18 or 19… I was a little skinny lad, a centre half playing centre mid, who wasn’t very good at centre mid then dropped back to right back and found my spot.”

Ayling was brought in alongside fellow Arsenal academy graduate Luke Freeman by Terry Skiverton and would go on to become a fan favourite.

However, his time in Yeovil nearly ended much more quickly than he’d expected after recalling a training ground incident with defender Paul Huntington.

“There was one incident in training, we were playing a game and one of my mates scored, Hunts [Paul Huntington] started shouting and I went back at him. There was a bit of a thing and he said, ‘you’re gunna have to get back in the team you big time Charlie’.”

That wasn’t the end of the situation though.

“So, I was playing centre mid and the ball has rolled to him [Huntington] and I’ve ran 20 yards and clattered him, and said ‘how’s that for big time Charlie’? We’ve got up, had a little scuffle at the time and the gaffer at the time sent me in saying ‘you’ll never play for this club again’ I told him ‘I don’t want to play for this club, I’m done’.”

Thankfully for Glovers fans, a swift chat with his agent and an apology was all that was needed to right the wrong and Skivo soon had Luke in his plans once more.

On his relationship with Terry Skiverton, Ayling said:“I still speak to him now, he gave me my chance, we’re good.”

Akinfenwa asked about the League One Play Off success. 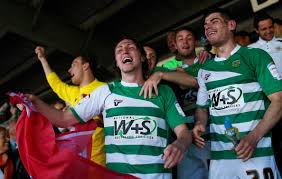 “I knew what us boys actually did, we started well and hit a run and got into the play offs… there was 40,000 at Wembley, it was so good to see all that green and white. There was 22,000 [Yeovil] fans there, there’s only 40,000 in the town of Yeovil. We won it, jumped in the off licence right outside Wembley, went to McDonald’s and got loads of stuff, went back to Yeovil and went to the pub for three days”

Ayling went on to play for Bristol City following Yeovil’s relegation from the Championship and then made a move to Leeds where he is playing his way into the conversations for international recognition under Gareth Southgate and England.

Ayling will always be part of the heroic 2013 Play-Off side who gave so many Glovers fans so many special memories, he scored three times in 185 appearances at Yeovil.

You can listen to the Super 6 Podcast wherever you get your audio on demand and don’t forget to subscribe to the Gloverscast whilst you’re there.